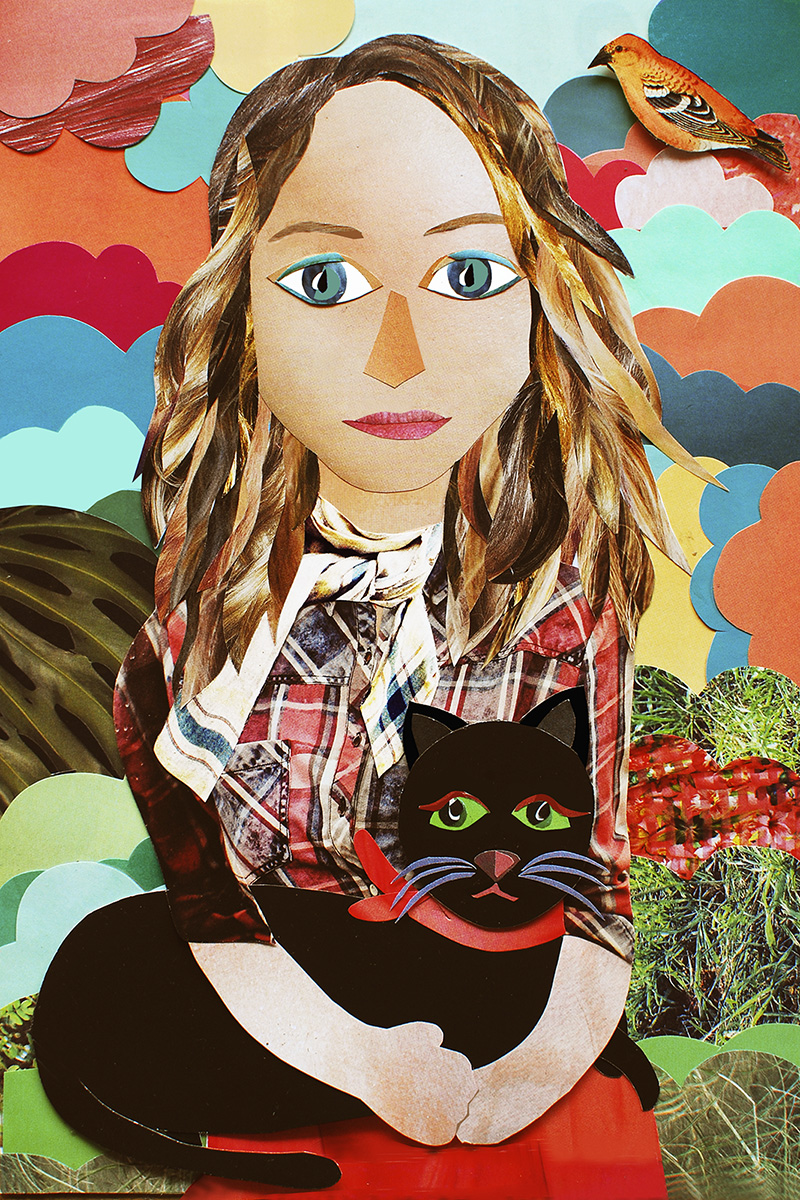 I was born in Carlos Casares, and since the age of 9 I have lived in Buenos Aires.
I have studied with many wonderful teachers, including Liana Lestard, Susana Schnell, and Daniel Roldán.

From 2002 to 2007, I took part of the Venus Project, from which I received the Collective Projects Grant. Using the grant, I created the “Era de Venus” Calendar, whose photos were exhibited in both the Reina Sofía Museum in Madrid and Malba in Buenos Aires.

With my series “Ráfagas de Alegría,” I participated in a collective exhibition in the Patio del Liceo Gallery in 2010.

After this, I created two individual shows, “Oh Safe Paradise” in Despacio Martínez (2012) and “EntreMundos” in Café Vinilo (2013). My collages have appeared as illustrations in the literary magazine La Mujer de mi Vida, the Blog Espectadores, and on the thematic covers of Ohlalá Magazine and also in Planetary Magazine.

I was invited to illustrate stories and poems in the SM Editions book “Here is a cat locked up”.
In 2015, I was very happy to participate in the Vicente López Illustrators Fair.
Later that year, I was also invited to exhibit my work at the Tertulia Unleashed for the benefit of the Civil Association Atar.

In 2018, I participated in the Artists Collective La Gran Paternal, and illustrated the book ““El Tahiel. The Inner Song of Argentina”,” by writer Pedro Patzer, edited by LenguaMadre.

More recently, I had the great joy of illustrating, “El Nene Principito”, published in 2020, an Argentine version of the Saint Exupery classic, “The Little Prince”, translated by Gustavo Adriel Solé and edited by Círculo Rojo, in Spain.

More info Get yours!